If you used to be ashamed, today Vitiligo is considered normal. Welcome! But why does it come? Safety? Read the interview with the expert

The first to clear vitiligo was the model Winnie Harlow who, in early interviews, told how much he had suffered because of his patchy skin, then managing to make it a strong point, together with many other VIPs who have shown their vitiligo without problems. It was 2014, on the occasion of his participation in the TV program America’s Next Top Model in which, among other things, he arrived as a finalist. Looking at how the concept of beauty has evolved in recent years, we can assert convinced that the Canadian model was an epochal trend setter! It has definitely revolutionized the social perception of “imperfections”, triggering an acceptance mechanism, which from social networks has reached the real life.

Just type on Instagram the hashtag #vitiligobeauty to realize the exorbitant number of photos of people with vitiligo or listen to the testimonies of those who are no longer ashamed as they once were. As dermatologists confirm: “some patients declare that today shaking hands with others is no longer a problem, and they themselves recognize that the credit goes to the VIPs with vitiligo who have launched positive messages” – says the Dr. Valeria Colonna, responsible for the Puglia of ISPLAD (International-Italian Society of Plastic-Aesthetic and Oncologic Dermatology).

To find out more, read the article!

«Vitiligo is defined loss of cutaneous melanocytes (the cells responsible for the formation of melanin) resulting in the appearance of areas of depigmentation of varying sizes. Striking between the 0.5% and 2% of the world population, without a preference for phototype. This means that white or black, blond or dark makes no difference, but obviously on a dark complexion vitiligo is much more evident (or even on those who tan a lot) »- explains the dermatologist. In the areas affected by vitiligo, melanin is completely absent, and for this reason thethe skin is completely white.

«The true cause of Vitiligo is unknown, but it is believed that it may be autoimmune nature, as up to one third of patients have other autoimmune diseases. However, the correlation is not entirely clear and can sometimes be random.

There may also be one genetic predisposition, but it is not to be automatically considered as a certain probability of father-son transmission. Some people may associate the appearance of the vitiligo patches with a stressful event, but even then they cannot be defined as trigger»- says Dr. Colonna.

At what age does it arise? Mainly in adulthood, that is from 25-30 years onwards, but there is a good chance of vitiligo occurring before age 20. The difference between the different ages of onset is that, in children and adolescents, the depigmented areas are more likely to remain confined and limited. Instead, after the age of 25 they can extend to various areas of the body. 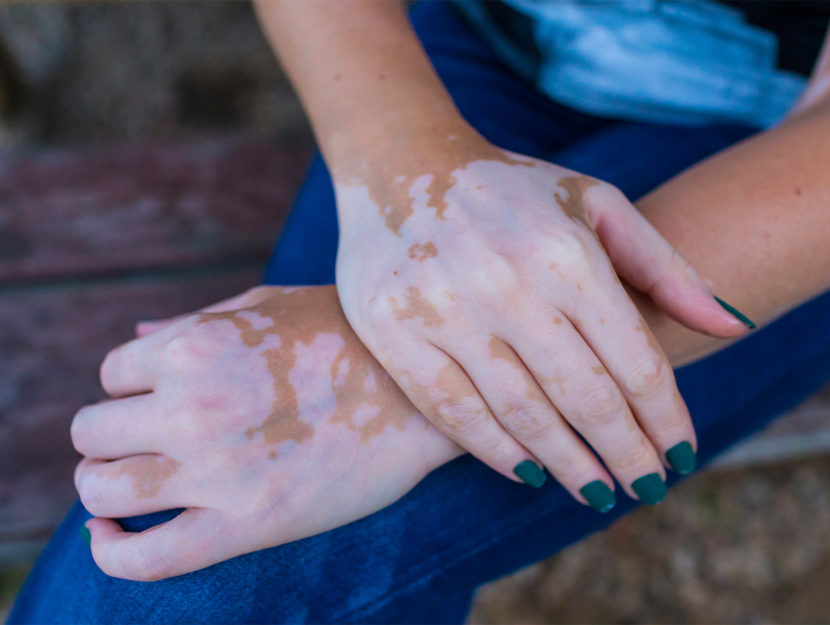 How does vitiligo manifest itself?

Vitiligo can manifest itself or with circumscribed patches, well delimited and with very sharp edges, or in more extended form, up to the rarest systemic forms, that is, affecting almost the entire body. Often depigmentation is symmetrical, such as on both hands.

The color of the depigmented areas? “IS pure white: there is no different white (eg milky white, cream, butter) between one subject and another, perhaps in reference to the starting phototype. White is the same for all forms of vitiligo, precisely because it depends on the absence of melanin »- specifies the dermatologist.

The areas of occurrence of vitiligo I’m: 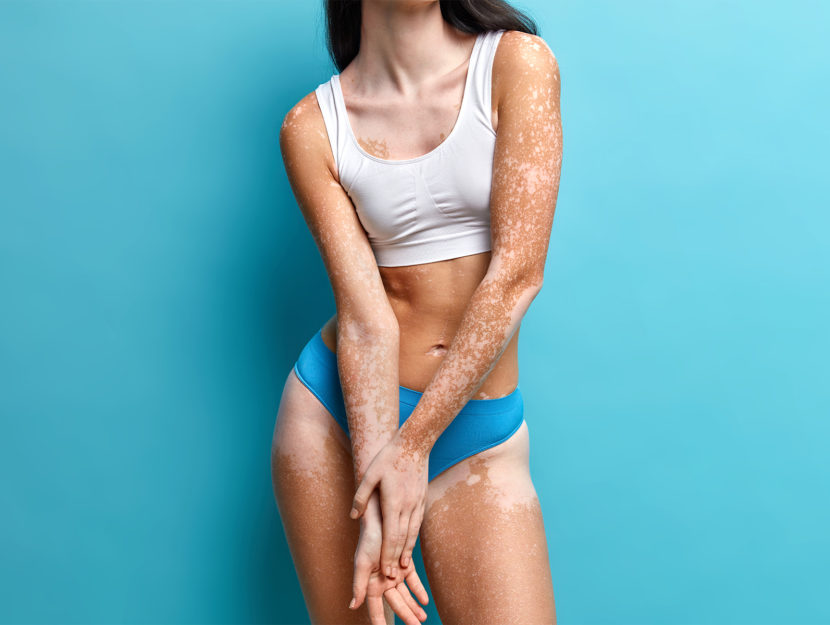 How is vitiligo treated?

The treatment of vitiligo includes various therapies that it is up to the dermatologist to decide on the basis of the type, “but also the discomfort that the patient manifests” – points out the dermatologist. You can prescribe the application of topical cortisone, which acts as a powerful anti-inflammatory: «let’s not forget that vitiligo presupposes that an inflammatory process is underway, even if of an autoimmune nature, which destroys melanin».

Another route is the administration of photosensitizing drugs (called psoralens) followed by exposure to ultraviolet rays: the goal is in fact to stimulate the “very lazy” melanocytes to produce melanin. Then there are derivatives of vitamin D that mimic the stimulating effect of the sun. But none of these therapies are conclusive.

«A medical treatment that gives excellent results in terms of improvement is the phototherapy which consists in exposing the depigmented areas a UVB rays: it takes at least 5 sessions to see one repigimentation of patches, which however is not total, but can be considered satisfactory at 80% ». Of course, subsequent checks will be necessary.

Vitiligo heals spontaneously? “It is possible in younger groups, but it is very rare” – replies the doctor. And does it stop with age? “Yes, but there is no 100% certainty, although the likelihood of developing autoimmune diseases generally decreases over the years.”

Vitiligo and the sun: how to behave

In subjects with vitiligo the sun is not totally discouraged but it goes taken with reason. The suggestion is to expose yourself without sunscreen in the cooler hours of the day, and to apply a elevated solar filter when the sun is strongest, that is from 12 to 16. The reason? «The cells that produce melanin must be stimulated: if you” stop “them 24 hours a day with the santi UV screens, these become even more lazy than they already are, precisely because made dormant by vitiligo. It is also useful to take supplements based on beta-carotene or other photostimulating substances to improve one’s sensitivity to sunlight ». 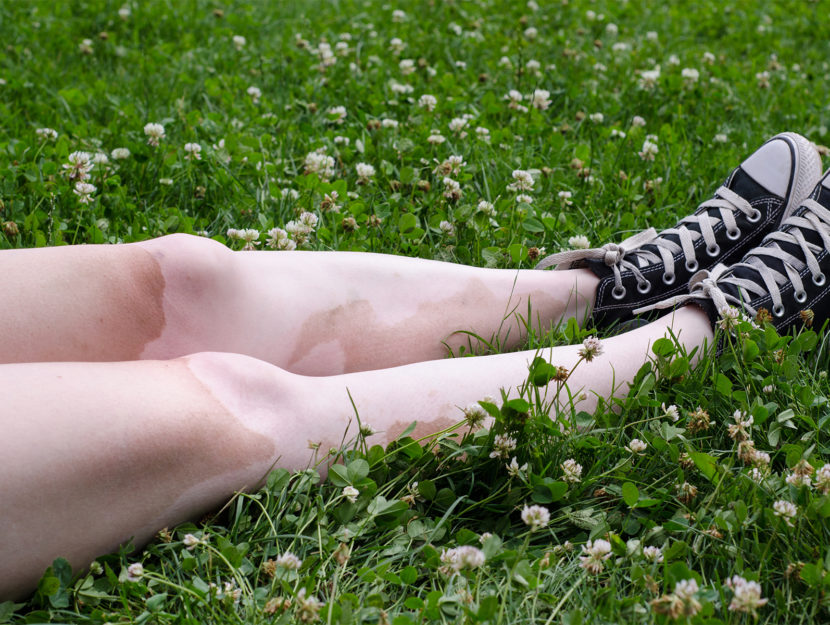 «Gone are the times when a character known as Michael Jackson had to resort to total skin whitening (with massive doses of hydroquinone ed) to hide his severe form of vitiligo. Today there is no longer any shame in showing one’s depigmented body, thanks also to the coming out of numerous VIPs, the latest being the actress Kasia Smutniak»- explains Dr. Colonna.

It may seem absurd, but until just 20 years ago it was thought that vitiligo was contagious, so much so that many were plagued by indiscreet questions or they “forced themselves” to perfect manicures because in their hearts they knew of the inevitability of fixed gazes on the hands!

In addition to pioneer Winnie Harlow, the list of VIPs with vitiligo is long: Luca Marin, former swimmer, now coach; Luca Onestini radio host, model and former gieffino; Breanne, model and former contestant of the American reality show The Bachelor; Amy Deanna, American model, the producer Mara Maionchi and actress Kasia Smutniak. With their photos, they are helping millions of people of all ages to overcome a pathology with an undoubtedly very strong impact! ” – concludes the dermatologist Colonna.