Imperfect smiles? Maybe, but certainly unique, special and beautiful smiles. Able to give character, uniqueness and charm to those who know how to show them off with pride and self-confidence. Here are the celebs who proudly show them and who have made them a real strength.

It is now more than certain, the beauty is given by all those series of peculiarities and small details that make us completely unique and inimitable. Including those nuances of our appearance that, if for many do not fall within the canons of “perfection”, in reality they are absolutely irresistible and super charming. An example? Imperfect smiles, those characterized by a not entirely regular set of teeth, but which give that touch of charm and diversity capable of catalyze attention (and the attraction) of anyone.

Especially when they are flaunted with naturalness, safety and self-awareness and its own beauty. After all, what could be more powerful and fascinating than seeing someone you love and like exactly the way they are? That’s why there are no imperfect but only smiles beautiful smiles, unique and completely personal. Exactly like those of the celebs who have made it a distinctive and recognizable trait, to be shown and valued with pride.

Characteristic signs: beautiful (not surprisingly she is the muse of the Chanel brand). The famous actress of the Disney saga “Pirates of the Caribbean” and many other blockbuster films, in addition to being a woman of extraordinary talent, is also gifted with a class and a delicate, indisputable and refined charm. Diaphanous skin, symmetrical features and a very sweet imperfect smile to embellish the face.

Keira Knightley, in fact, is one of the celebs who flaunts this most naturally gorgeous detail of her face. A bright, fresh, young smile. But also bewitching and seductive. A mix of magnetism and charm who have one of the most requested actresses in international cinema (and how could it be otherwise). In short, imperfect or not, we (and not only) love her smile and thank goodness she doesn’t stop showing it to us!

Daughter of the Rolling Stones frontman, la British supermodel Georgia May Jagger not only became famous for her beautiful blonde hair, rock soul and statuesque body (not surprisingly she is super requested by the major fashion houses), but also for her imperfect smile, captivating and super seductive.

Its trademark? The diastema: Or that space between the upper teeth, which makes it recognizable at the first shot. Unique among the many beautiful girls who have tried to make their way into the world of fashion but who, perhaps precisely because they lack particularities or “defects”, have been completely obscured by charisma and self-awareness of this young and beautiful girl.

And with her to carry the diastema with pride and ease there are also celebs of the caliber of:

In short, all women who, in one way or another, are happy with their imperfect smiles distinguished by beauty, charm and talent.

For those of you who do not know it (certainly few) Dove Cameron is none other than the young actress serial performer such as «Descendants» or «Agents of Shield». Talented and beautiful it was her a show and be proud of his teeth (at the bottom) not quite straight and her imperfect smile. What has changed? Absolutely nothing! Where it is always and in any case beautiful!

In addition to the fact that in this way, showing this alleged imperfection to the millions of followers who follow her (she has 24 million), she cleared her imperfect smile by giving a beautiful example of self confidence and bodypositive. As if to say, beauty is made up of every single detail and the minimum is to show it with pride and self-confidence.

Kirsten Dunst, a smile to be preserved

World famous actress and gorgeous woman with an imperfect smile. Kirsten Dunst loves herself and her teeth (and she does very well) so much so that, when on the set of Spider Man they asked her to make a small retouch to fix the teeth, she categorically refused (and he did very well since we really don’t think the film or his talent was affected).

A piece of advice given to her when she was still a teenager by the director Sofia Coppola who told her never to change her teeth, as it made them different and special (and thank goodness there are women). A suggestion taken by the very young Kirsten, which she treasured and which, over time, made her one of the actresses from more recognizable, particular and refined face from movie houses. And with such skill and a smile it is easy to understand why! 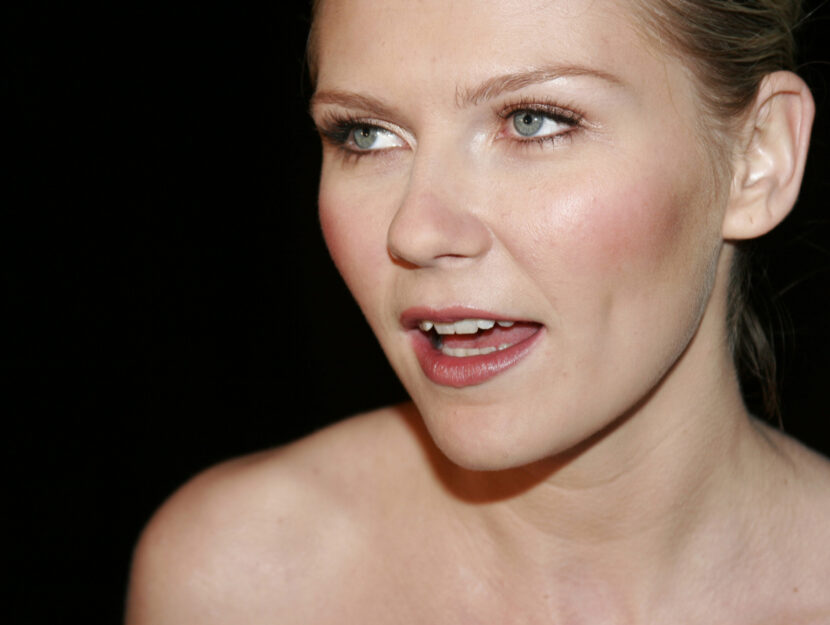 Very Italian, very young and just out of the talent “Amici” winner. To Giulia Stabile, dancer from unique and extraordinary talent just an adjective is enough to be described, and in which all the beauty it represents is contained: stupendous!

In addition to the undeniable talent for dance (which brought her to the top step of the podium of the program), Giulia is also a girl beautiful, sweet, nice and with a contagious laughter. Characterized by her imperfect smile that today, more than ever, she has learned to show off and love (and that we can assure her to love in many).

Champion of a message of positivity, strength and ability to overcome one’s limits and insecurities. And that she managed to bring to the stage, episode after episode. By attracting the attention of millions of viewers and teaching us, albeit so young, that true beauty is made up of many shades.

Details, imperfections and insecurities that are always worth embracing and loving. Showing them with pride and with a touch of healthy cheer. It is able to give a unique and inimitable charm that no one will ever be able to equal or cancel. Just like your beautiful perfectly imperfect smiles!