When using products to improve skin health, it can happen that, for a limited period of time, the contrary. That is, we are witnessing the appearance of pimples, blackheads, but also larger and more severe inflammations. This is the skin purging, a natural reaction of the skin to the use of some active ingredients present in exfoliating and purifying products.

In these cases, therefore, we must not panic, and first of all understand the trigger, which may be a new beauty item that has never been used before, a cream to treat acne, or one that contains exfoliating acids. Secondly, it is important to recognize that this is a natural condition, with which the skin is trying to regain its balance.

Let’s see what it is and some remedies for skin purging.

What is skin purging?

The term English skin purging refers to “bleeding of the skin“, Or a mechanism by which the skin is self-purifies, coming into contact with new products included in the beauty routine. These are in particular exfoliating products that contain some acids, among which the most common are the retinoids used to stimulate the cell regeneration, hydration and fight excessive sebum production.

Skin purging is one natural reaction of the skin, which can also occur for example when a different product is added to daily skin care, or with the change of season. Therefore there is no way to prevent it or prevent it from happening, but you need to let the purging process go on. There duration of this phenomenon can go from 4 to 6 weeks, during which it is good to treat the skin in a delicate way, protecting it from further stress.

The causes of skin purging 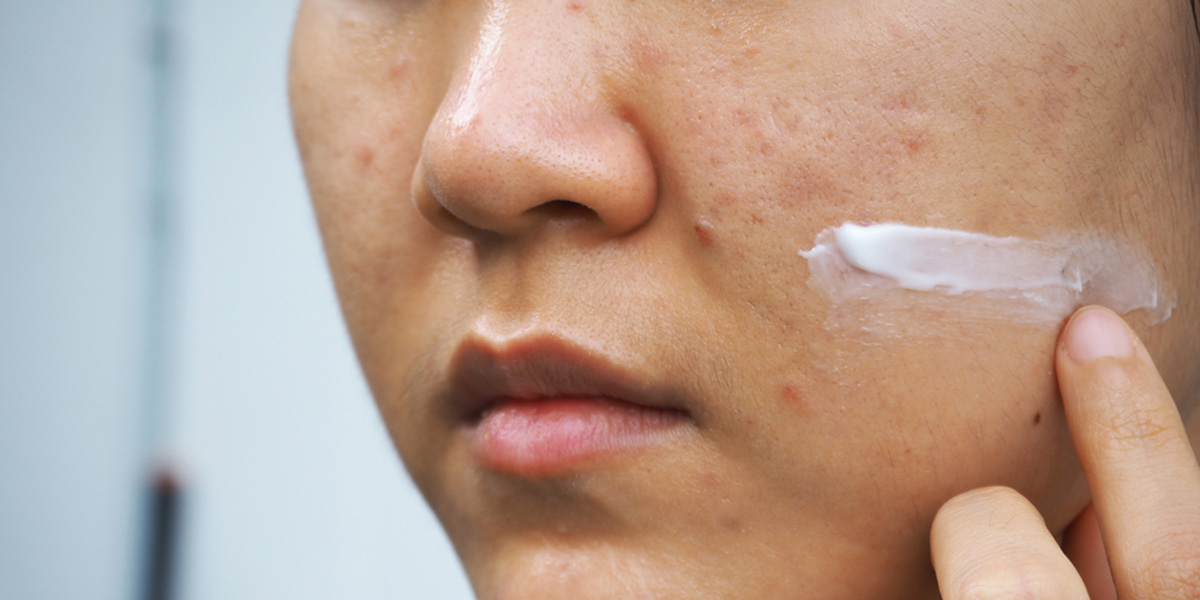 As we said earlier, the main factor that triggers skin purging can be found in the use of a new exfoliating product in daily skin care. Some products in fact contain called acids retinoids. The most common is the retinol, a derivative of vitamin A that has regenerative properties for skin cells, as well as useful for moisturizing and counteracting the production of sebum for oily skin. But also the topical tretinoin, instead, useful against acne.

The skin reacts by causing atemporary inflammation to the stress of exfoliating acid. It is precisely this reaction that manifests itself with pimples, blackheads, but also blisters. Although this is the primary cause, the same phenomenon can also occur if a different new skin care product is used, with different active ingredients than the skin is used to.

But also for example with the use of creams and other acne care items, which usually work by triggering a reaction that initially seems to worsen the situation, and then instead rebalances the skin. Sometimes, climatic and seasonal changes can also stress the skin by causing the bleeding mechanism, with which the skin defends itself and tries to clean itself deeply. For example, the sudden increase or decrease in temperatures, and other atmospheric agents.

How does skin purging manifest itself?

Skin purging manifests itself as a real skin purging, consequently it can present itself in different ways, mainly with pimples, papules, i.e. pus-free swellings, e blackheads, but also with other more evident and painful inflammations. In fact, they can manifest themselves pustules and vesicles, which appear more in the areas usually affected by acne due to the presence of a greater production of sebum. Then we talk about the area of ​​the forehead, chin and cheeks.

In the presence of exfoliating acids or particular substances, the skin must adapt and find its balance, in particular that of sebum production. Which in these cases increases suddenly, before decreasing. The skin reacts to contact with these acids and cell renewal, which eliminates dead ones, throwing out and eliminating impurities, dirt and excess sebum. And it does this by taking these substances deeply and bringing them back to the surface, so that they come out.

The remedies for skin purging

We have said that skin purging is a natural phenomenon and therefore normal in some cases. It absolutely is not recommended then rage with more products to improve the situation, such as aggressive cleansers and creams. In fact, these products would only trigger an even stronger reaction. On the other hand, there are some delicate and effective remedies, to make the manifestations of skin purging pass in a few weeks. In fact, if nothing is done, we have seen that it can last even more than a month.

But be careful, the remedies are only used to cure painful manifestations, which cause important annoyances. In fact, like the campaigns of skin positivity they are teaching us in recent years, acne, pimples and any inflammation of the skin, especially if temporary and natural like that of skin purging, it does not necessarily have to be disguised and corrected because it is ugly to look at and frightens others. On the contrary, covering the skin with heavy make-up has the opposite effect and is not healthy at all.

The remedy best against skin purging is a more careful one skin care, at least in the most intense period. An important thing to do is cleanse your face in two steps, the first part using an oil-based product, the second with a water-based detergent, using products suitable for this type of cleaning.

The biphasic make-up remover fits this occasion perfectly. Very effective are also cosmetics that they contain natural soothing e for this delicate, as the chamomile and the calendula.

Among the most recommended ingredients there is also thewitch hazel, or witch hazel, which eliminates the accumulation of fluids in the body, including toxins. In addition, it is rich in tannins, substances with anti-inflammatory properties, ideal for treating inflammation.