The luckiest of us have never had to deal with adolescent acne, but many have instead experienced, even in adulthood, the hateful pimples under the skin.

Even some celebrities find themselves having to fight against this imperfection, such as the influencer Giulia De Lellis or Aurora Ramazzotti, who often posted natural photos of themselves to remove any taboo on the subject and promote skin positivity.

But what does the appearance of pimples under the skin depend on?

The causes of pimples under the skin

Generally the area on which pimples under the skin are most concentrated is the so-called T, which is the area of ​​the face that encompasses forehead, nose and chin, but in any case the face is not the only point in which these imperfections can appear, since it is not uncommon to notice them also in the groin, under the armpits and, sometimes, also on the scalp.

Pimples under the skin can have different causes, ranging from hormonal imbalances to a wrong diet, and understanding what they depend on is important precisely to understand how to intervene in their care.

Obviously it is hormonal imbalance it is one of the main reasons for the appearance of pimples, especially in particular periods of life, such as puberty, or if dependent on diseases such as polycystic ovary syndrome. But a diet rich in fats, incorrect skin cleansing, the use of occlusive cosmetics, which do not allow the pores to breathe well, or the failure to remove make-up combine to form this imperfection, which is certainly more difficult to eliminate than classic white pimples or blackheads.

Pimples under the skin: the complications

I’m generally harmless, and obviously the right treatment must be followed for them to heal, but it is not uncommon for pimples under the skin to become inflamed, becoming very painful and hard due to the closed pus inside them; in fact, you may also feel itching, redness, or notice that the skin is cracked and swollen.

It is not alarming if the episodes of the appearance of pimples under the skin are sporadic, but if they are numerous, frequent and inflamed it is absolutely advisable to contact a doctor, who will be able to indicate the best therapy.

How to prevent the appearance of pimples under the skin

To prevent and anticipate the appearance of pimples under the skin, it is of fundamental importance to take care of your own on a daily basis skincare, or rather clean the face, obviously with special products, thus following a daily beauty routine, even twice a day, morning and evening.

In addition to the cleanser, it is useful to make one scrub at least once a week (which you can also prepare at home) and choose non-occlusive cosmetics, i.e. free from mineral oils and silicones.

Pimples under the skin: remedies and products

Relying on expert dermatologists you may feel that, for the treatment of more serious pimples under the skin, they prescribe strong products such as peels or exfoliating creams based on acids or retinoids, which have an exfoliating action on the skin and eliminate blackheads under the skin. It must be said that such a treatment, undoubtedly effective, must be done in winter.

However, if the pimples under the skin also depend on hormonal imbalances, it may be useful to prescribe the contraceptive pill, which helps regulate hormonal rhythms; there are also some natural remedies to counteract the onset of pimples: above all tea tree oil, which is a powerful natural antibiotic able to relieve and deflate the pimple in a few days. It should be used by diluting it with a little jojoba oil and aloe gel, before applying it to each single pimple.

Also excellent masks based on green or white clay, which purify the skin, relieving pimples.

Finally, there are also products that are ideal for cleansing the skin of the face. 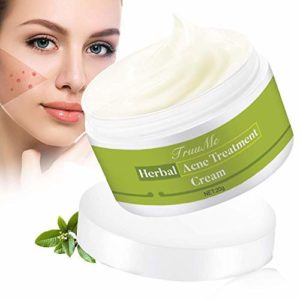 TruuMe Anti Acne Cream is the best natural home remedy to get rid of acne scars and achieve great results. It stimulates the growth of new cells and reduces the appearance of fine lines and wrinkles on the face, neck, shoulders and back. It is the ultimate solution for soft, smooth and beautiful skin.

You are about to be redirected to the requested page. 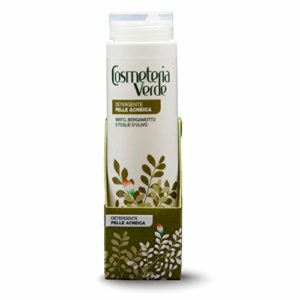 The Cosmeteria Verde cleanser carries out a deep but delicate cleansing action, does not attack the skin and can be used regularly morning and evening. Thanks to the beneficial virtues of its botanical components, it enhances the effect of other anti-acne treatments with specific antibacterial action.

Finally, a valuable piece of advice: never squeeze pimples, because you could even worsen the situation, causing the affected area to become inflamed further and increasing the size of the pimples themselves!