Research by Buzzoole and Koniqa analyzed the online shopping behavior of 18-24 year olds. The influencers follow, but they also compare prices, rely on the opinions of friends and family and study the products. For this reason, they can be segmented into 7 different profiles

That Generation Z (those born after the mid-90s) is strongly social oriented is nothing new. Their curiosity is intrigued specialization in online purchases for which they follow very specific criteria, mainly addressed by influencer, but not only. For children aged 18 to 24, the opinion of friends and familyi (58%), sprice comparison programs (68%) e expert product bloggers (66%).

Not just influencers among e-commerce “consultants”

This is what emerges from one research conducted by Buzzoole, martech company specialized in technologies and services for Influencer Marketing, in collaboration with Koniqa, a consulting company for content strategies. Give her interviews with 2000 Italian boysi of Generation Z (the one that follows the Millennials) it turned out that, despite listening to the influencers, the official voice of the brands continues to be relevant. Just as, after the online “study” of the passage it is important to make a passage in the point physical sale to carry out a field test: 68% of the interviewees think so. 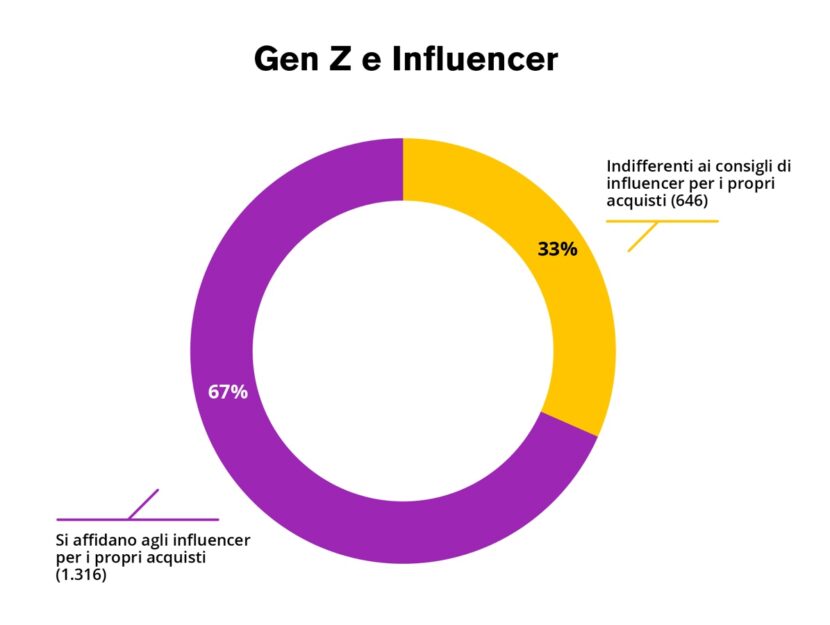 Gianluca Perrelli, CEO of Buzzoole comments on the research data as follows: «The purchasing process is no longer an individual journey but has now become social. We are facing a generation that, despite its age, is already very characterized and stratified ».

It is very interesting, in fact, to note that not all young people have the same approach to consumption: there are those who seek personal fulfillment and those who, on the contrary, exhibit products and services as social status. By virtue of this differentiation of needs, expectations and purchasing behaviors, Buzzoole and Koniqa have seven representative profiles of the Italian Generation Z: the leader, the narcissist, the activist, the classic, the functional, the affective and the hedonist.

A few examples? The leader is the online shopper who seeks their own affirmation, thus relying on the opinion of influencers who are experts in their sector. The functional, on the other hand, it is driven by a strong rational component, as it is used to comparing prices and evaluating the performance characteristics of the product, regardless of the brands. And it’s typical of big cities.

In short, in terms of purchases, Generation Z has clear ideas to the point that “it is a stratified generation, with different degrees of sensitivity to influencers: the choice of the right content creator to communicate a brand or a product is crucial and can be carried out only by fully understanding which profile of Generation Z we want to address »- he concludes Marta Migliore, COO of Buzzoole.