Vitiligo causes white patches on the skin. If before it was a source of embarrassment, today thanks to some celebs, it has become an example of body positivity. that’s how

There vitiligo it involves more than 1% of the world population and manifests itself with white spots, more or less large, in different parts of the body. The causes? They are not yet known: it may be due to one genetic component or a viral infection. Of course, it is known that it is not contagious but it can cause photosensitivity in the lighter parts. THE remedies? Protect the skin with a good sunscreen and use corrective make-up (or camouflage), if the goal is to make the affected area more homogeneous. In recent times, however, things have definitely changed. The models and celebs who suffer from it have stopped hiding – or have never done so, as in the case of Winnie Harlow – showing themselves on social networks as they really are and transforming what could have become a “social stigma” into a real one. strength. Here are a few famous people with vitiligo and the story, in short, of how each of them reacted to this skin problem.

Becoming known as a contestant on the reality show America’s Next Top Model in 2014, Winnie is today one of the best known models in the world. The decision not to want to undergo any treatment for the treatment of vitiligo, it was a winning choice. This characteristic of her skin has become a strength and a very important milestone for her after suffering for years of bullying; a perfect example of self acceptance and of #bodypositivity so today Winnie has become a model to follow for the new generations. 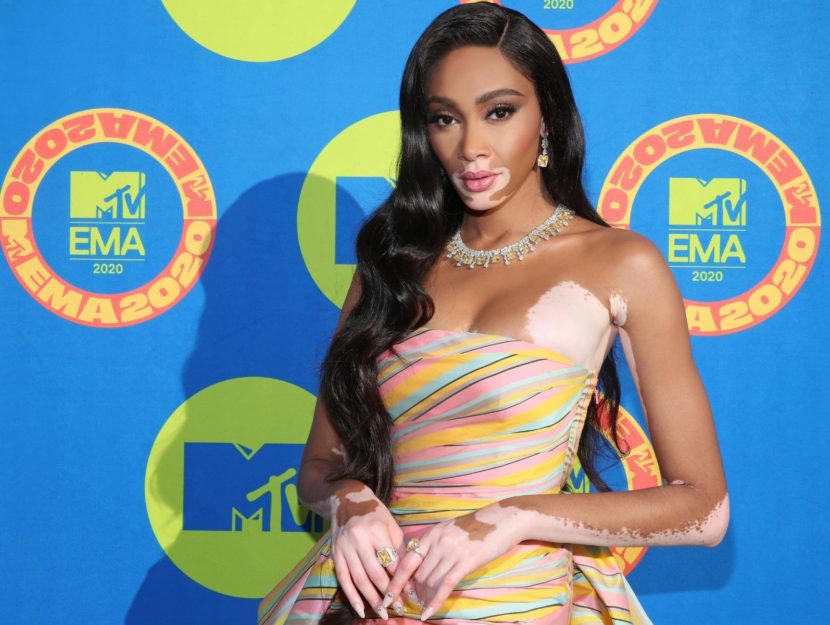 Also Breanne, model and former contestant of the American reality show The Bachelor, she decided – following in Winnie’s footsteps – not to hide her vitiligo anymore by abandoning the make-up she used to hide the white spots. So, today, he shows himself on his Instagram page.

Very young American model – who became famous when she was only 10 -, Amy demonstrates how the new generations are really a step forward in terms of self-acceptance. Even Amy, like her older colleagues, did not allow herself to be blocked by vitiligo and believed so much in her career that she became the face of the make-up brand CoverGirl.

In 2019, the Italian actress also made a “coming out” showing on Instagram a shot of her in which she does not hide her small flaw, a vitiligo on his left hand. The comment on the post speaks very clearly: «Growing up is also learning to accept everything that life brings us. Beautiful things, things that come easy to us but that we should never take for granted… But above all difficult moments, which put us to the test, so as not to lose the sense of happy moments. In short, everything. Growing up, I also learned another thing, accepting is not enough. You have to love your own faults! ».

Even the former tronista of the Men & Women program of Maria De Filippi and former competitor of Big Brother Vip suffers from vitiligo. In a post on IG, Luca got naked showing the signs of vitiligo on the knees and elbows.