Tanning today is no longer mandatory and for many periods of history not doing it has been the real trend to follow. So if you too want to keep your skin very clear, embrace this retro choice without fear.

Fortunately the times of the perfect tan all year round, tanning lamps and colors that had to be strictly at least two tones darker than their own have passed. However, even if the appeal is no longer what it used to be, it is undeniable that like every summer, even the one we are experiencing is characterized by a rush to get a tan that interests most people.

As we said, however, not all of them, since for some years it is getting wider and wider there tendency not to tani, or in any case to do it as little as possible, protecting maximum health and well-being.

While this new philosophy has not yet completely ousted that of tanning, there are all the clues for this to happen very soon.

History also confirms this. Yes, because if today for many it is the tan that makes you super cool, once it was exactly the opposite and the women passed the hours not to roast in the sun, but to protect every inch of its own skin to keep her pale.

If you are also from the tintarella di luna team, then know that your retro choice makes you unique. 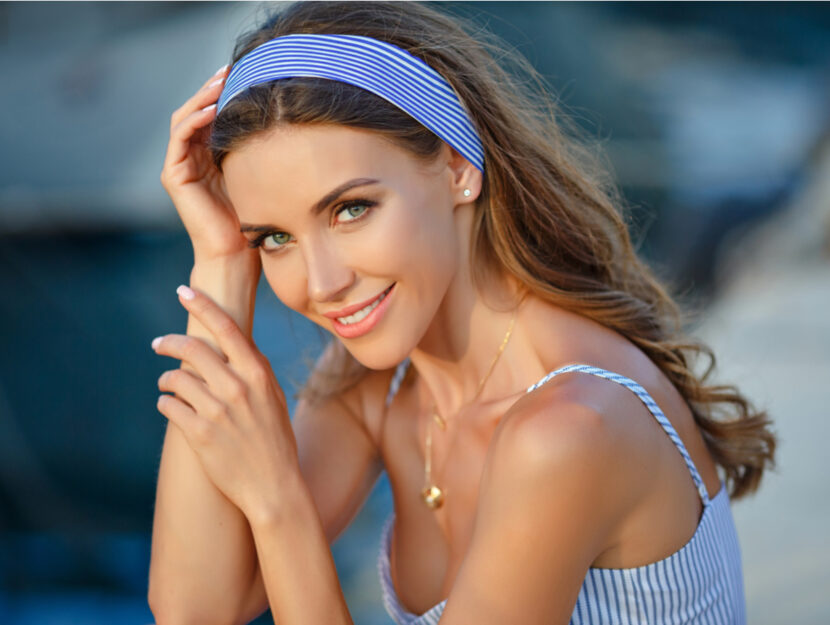 When it was fashionable to be pale

Over the centuries the canons of beauty have changed a lot and also for this reason tanning in history has not always been a must have, indeed for many periods it has been looked at with horror and getting tanned was considered, if not really a disaster, an unwelcome event and to be prevented in every way.

A question of social class

In antiquity and noble women until the end of the nineteenth century or aristocrats did the milk bath to moisturize the skin and because they were convinced that it was used to maintain its whiteness. The fair skin was in fact a symbol of purity and femininity.

Moreover, showing it off also served to emphasize their social status, since a light complexion was associated with the wealthy classes, while thetan to those of the peasants, forced to survive to work several hours a day in the fields, under the scorching sun. 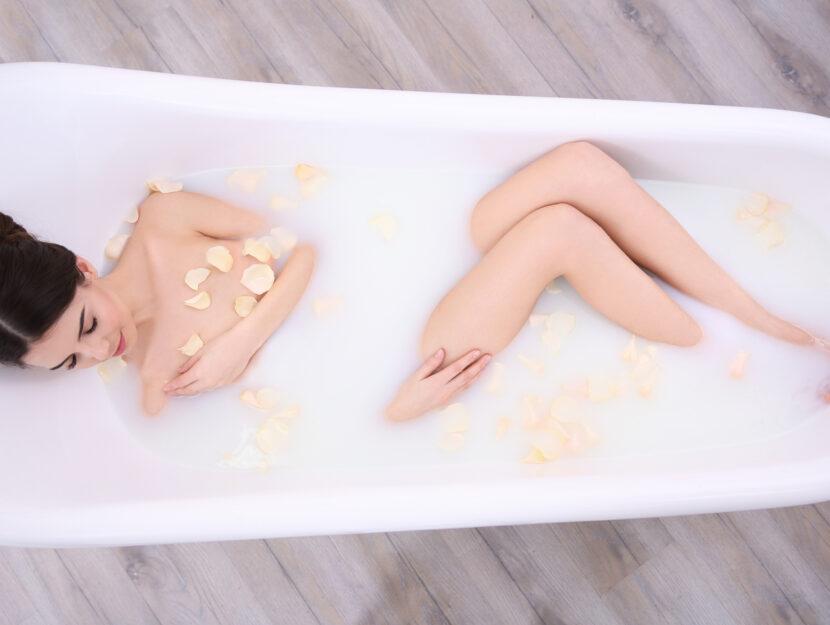 The ways of the time to defend oneself

To keep the skin away from the sun’s rays, the aristocratic and snobbish girls of the time did not go out never with bare arms or without bring with you headdress and umbrellas under which to shelter. 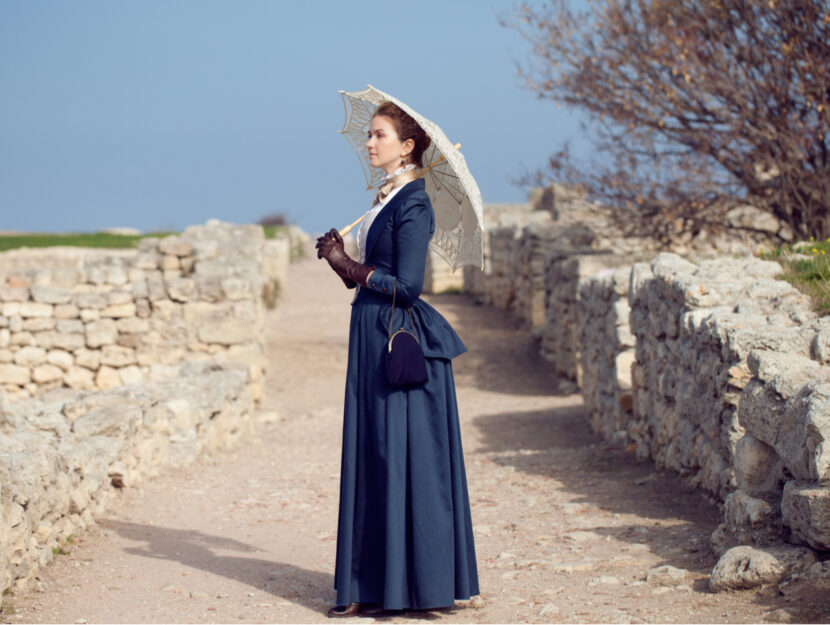 All the fault (or merit) of Coco Chanel

Things began to change slightly when at the beginning of the twentieth century, the Nobel laureate Niels Ryben Finsen discovered phototherapy; a therapy according to which moderate exposure to the sun would allow the improvement of diseases such as tuberculosis and rickets.

The decisive customs clearance for tanning However Coco Chanel gave it in 20 years. After a holiday on the Cote d’Azur she returned tanned and it seems that this new look pleased her clients so much that they imitated it.

Years later came the bikini, the pin up, and the bond girls, thanks to which the escalation that invested the tan in the role of status symbol was almost unstoppable, reaching its peak in the 1990s and 2000s.

Not getting a tan today is the real trend

In the last twenty years, for the first time in history, there has been a real U-turn, with the tan that has lost more and more ground, in favor of fair skin, no longer seen as a sour note during the warmer months.

Don’t get a tan, in conclusion, today it is not a taboo and if your skin is particularly clear and sensitive, don’t necessarily run after this false beauty myth but protect yourself and enjoy your moon-kissed complexion in total carefree and freedom. 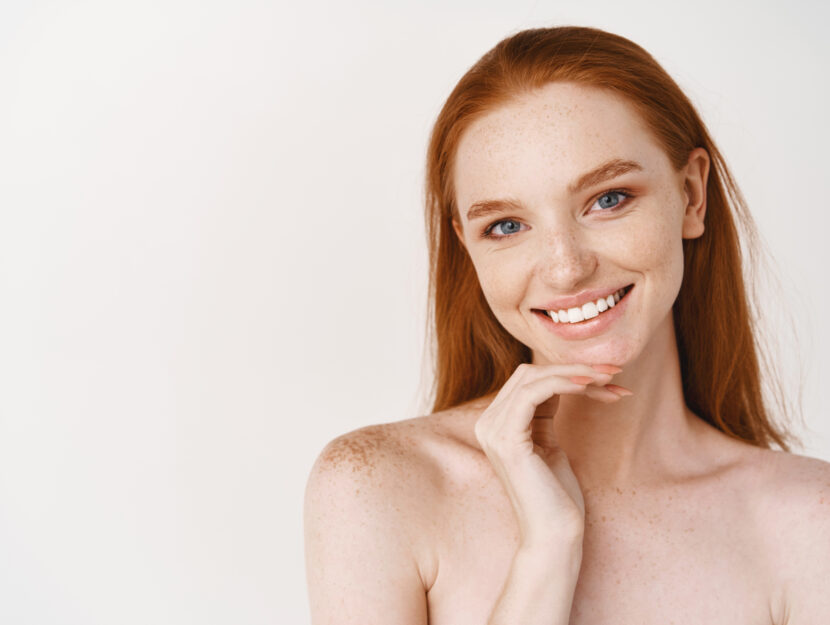 How to avoid getting a tan

If yours complexion is very clear, in everyday life in the city you shouldn’t have particular problems keeping it that way, since it is a type that already naturally tends to tan very little, or otherwise to do so with effort and only after several consecutive hours of exposure, absolutely not recommended.

However, this does not mean that in order not to take risks you should not take the right precautions.

Before going out, whether in the city or by the sea, don’t forget to spread on the face and exposed parts of the body, sunscreen, strictly with a protection factor 50 or 50+. Do this even on cloudy days because even if it doesn’t seem like it, harmful rays pass through the clouds.

If you are at the beach, remember to repeat the operation after each swim.

Protect yourself with sunglasses and a hat

In summer it’s hot, so clothes that leave a few inches of skin uncovered are absolutely allowed. To avoid getting a tan though, don’t never forget to wear sunglasses and a hat that shade you as much as possible. Those of Saint Tropez style straw they are the real must have of the summer. 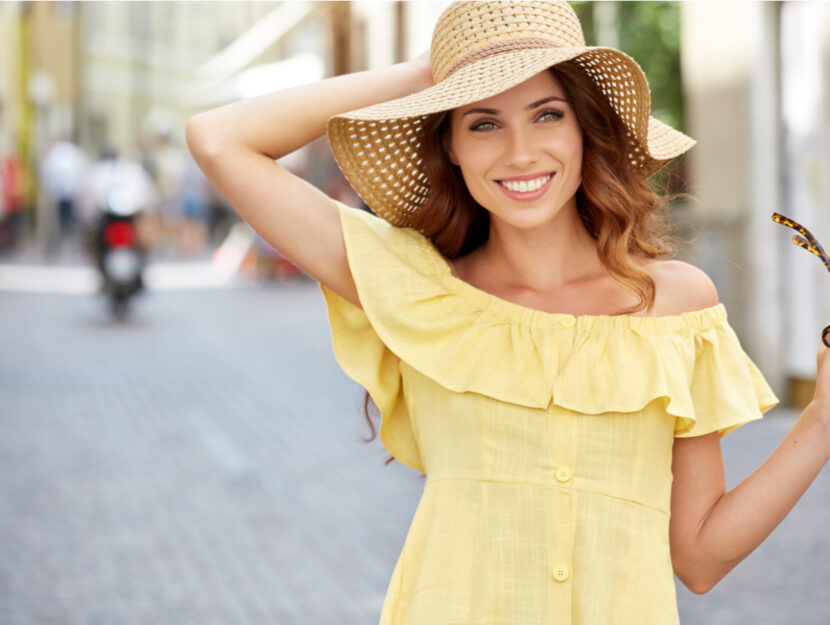 If you decided to show off a moon tan this summer, light up your milky complexion with a illuminating, a pink or fuchsia lipstick and lots and lots of mascara. You will be the queen of the season.