Perhaps someone today would cry out to sexism, reading these phrases, yet the woman who uttered them was the least devoted to patriarchy and the male chauvinist dictates of her time. Gabrielle Bonheur Chanel, for the whole world Coco, was in fact an immense example of female emancipation and independence in a time when women were still subjected to the “slavery” of corsets and harnessed in dresses with improbable petticoats, because societies demanded that women “to Well”.

She freed them from the yoke of fashion imposed to please men and he gave them the pants, arousing scandal and dismay among his contemporaries. And to say that, well before becoming an absolute icon not only of style, but also of popular culture, Gabrielle’s life is immersed in a profound aura of mystery, by her own will, since she herself did not like to talk about just past.

The difficult childhood of Coco Chanel

Gabrielle, whose middle name means “happiness” was born in a context that was anything but cheerful, a hospice for the poor in Saumur, on August 19, 1893; his father, Henri-Albert Chanel, was a street vendor who wandered through the markets of Auvergne in south-eastern France, while Jeanne De Volle, mother of the future designer, died when her children were still small.

Henri-Albert took them with him to leave them with his mother, in Vichy, so, while Lucien and Alphonse were sent to work on a farm, the three little sisters Chanel were entrusted to the sisters of the Congregation of the Sacred Heart, at the orphanage. by Aubazine. There Gabrielle was able to approach the world of tailoring for the first time, starting to sew monastic fabrics to create clothes for her dolls.

Reached the limit to be able to stay in the orphanage, Gabrielle was sent to a school of learning the domestic arts of Notre Dame, then began to work as a saleswoman in Moulins, at Maison Grampayre, a linen and knitwear shop where she set up the lessons she learned cooking at school and with her aunt Louise.

It seems that the nickname Coco was given to her in the café-concert where she enjoyed working as a singer, and where she met her first great love, Étienne de Balsan, when she was 21 and he was 24. He was the designer’s first financier. : son of textile entrepreneurs and cavalry officer, Étienne invited her to move to his castle in Royallieu, learning to ride the thoroughbreds he loved so much and probably finding the inspiration for the riding trousers that characterized his style.

Chanel’s career started from there, from the residence of the man with whom she stayed for eight years, with straw hats, adorned with simple flowers in satin or feathers, which shocked the fashion of the time, accustomed to decidedly showy hats and sumptuous. Ironically, his first client was Emilienne D’Alençon, Balsan’s old flame.

The decisive meeting with Capel

However, it was the meeting with the rich industrialist Arthur “Boy” Capel, which took place right in the castle of Royallieu, that definitively paved the way and made her discover her great love. Unlike Balsan, who had always let Gabrielle do it even though he didn’t understand her passion, Capel fully encouraged her, advancing the money to allow her to open her first boutique in Rue Cambon, Paris, where they moved together.

In 1912, two years after the store opened, Chanel also began selling sweaters, dresses and skirts as well as straw hats. The myth was being born. Suzanne Orlandi was the first to wear a Chanel dress, a black velvet dress adorned with a simple white collar.

Coco, in fact, claimed that

Black contains everything. Even white. They are of absolute beauty. It’s the perfect deal.

With the outbreak of World War I, Capel was enlisted as an officer and direct emissary between the British Prime Minister and the French military leaders, spending much of his time in London, where he met Diana Lister, a wealthy girl from an aristocratic family. Chanel’s Deauville boutique, on the other hand, remained open throughout the conflict.

At the end of the war Capel was appointed political secretary and was forced to organize a wealthy marriage to strengthen his position; after all, he and Gabrielle had never been able to marry because of the social divide that separated them. So in 1918 Boy married Diana, but the marriage collapsed after a very short time due to the bond that still united him to the French designer.

A tragedy prematurely broke his life: while he was returning to France, determined to live permanently with Coco, the Rolls Royce in which he was traveling to Monaco skidded on the icy road, crashing into a tree and killing him. Overwhelmed by the pain of the death of the only man she ever really loved, Chanel will never want to get married again in her life.

In homage to Boy Capel, in 2013 Karl Lagerfeld has created a bag that bears his name, the Chanel Boy. 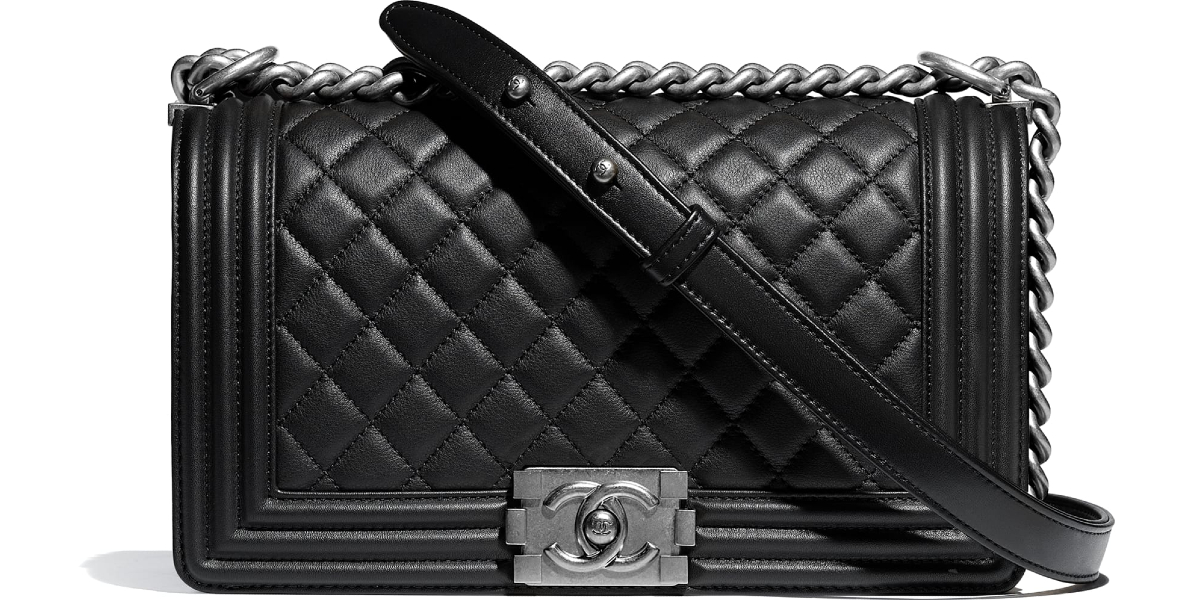 The petite robe noire and trousers

Chanel was responsible for the creation of the little black dress, in 1926, called by her la petite robe noire; until that moment the black dress that was not worn for a bereavement was judged inconvenient and inappropriate, but she completely overturned this belief, creating a dress that could adapt to the physique of any woman. The idea was so popular that Vogue called it “a sort of uniform for every type of woman, regardless of personal taste and style”.

But Coco Chanel was also the first who definitively “freed” women from the obligation of the skirt, sewing for them wide pants, with a high waist, in soft fabrics, so as to ensure maximum comfort for women. The first creations, in this sense, can be traced back to the war, when, with men at the front and women busy at work, the differences between the sexes finally began to thin and the female component needed practicality and comfort.

In the same way, Chanel conceived for women the iconic jacket, which has become a real evergreen of fashion, a passepartout suitable for any occasion that at the time cried out for emancipation and independence from the logic of the evil breadwinner, and also revolutionized the bag concept, giving life to the first true it-bag con the 2.55, the classic quilted bag with shoulder strap which, finally, freed women’s hands from clutches and clutches.

Of herself, Chanel loved to repeat that she was a “fashion designer”.

First of all, I don’t design, I’ve never designed a dress. I only use my pencil to dye my eyes and write letters. I sculpt the model rather than draw it. I take the fabric and cut. Then I pin it to a mannequin and, if it goes, someone sews it. If it doesn’t work, I’ll unpick it and then crop it. If it still doesn’t go, I throw it away and start over … In all honesty, I don’t even know how to sew.

Some books dedicated to the figure of Coco Chanel: 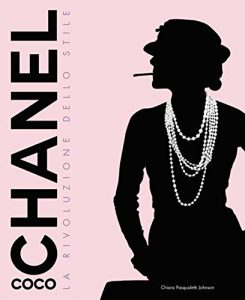 Published 50 years after his death, this volume, full of vintage photographs, illustrations and drawings, celebrates the figure of an extraordinary woman who has become an icon of timeless style: Gabrielle Bonheur Chanel, aka Coco Among the many biographies on Coco Chanel, that of Annarita Briganti leads the reader in a real encounter with a woman who still belongs fully to our time. In her story, the places she went through and the feelings experienced make historical events shine with their own light, giving us back the Chanel person beyond the icon, her truths beyond legends and controversies, her strength today that, as never before, we feel the need. 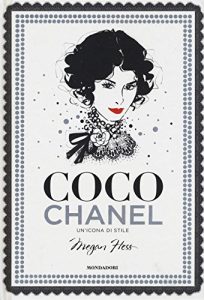 Megan Hess talks about Coco Chanel, from childhood shrouded in mystery to the fashion that made her a timeless pop icon. 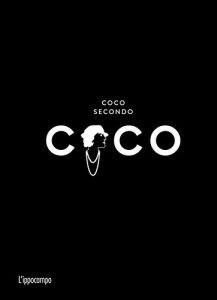 The best maxims of Gabrielle Coco Chanel, undisputed queen of style and fashion, still adored today as an emancipated and independent woman.