There is a way to wear summer in your hair all year round. How? With the beach waves, that is the natural beach-effect waves to show off in any season. It is a kind of styling which gives volume and defines the hair even when thehumidity, the wind or the hot make it difficult to make the crease last.

Beach waves create a voluminous wavy effect on the hair and makes it appear flowing, light and natural looking. Naturalness is in fact the distinctive feature of this particular styling that abandons the rigor of overly defined curls and the use of strong lacquers to turn towards a wild and abandoned look that does not need particular maintenance to stay in order.

In this way, the hair appears wavy and disheveled just like after a day spent at the beach with the salt still in the hair.

How to do beach waves?

In addition to hairdressing salons where the hair stylists will create the wild effect of the beach-effect waves, beach waves can also be made at home. Whether with a straightener, an iron, with wet hair or with braids and twists, here are the methods to make waves that taste like summer.

Among the methods for making beach waves at home there is plate it is certainly the most widespread, as well as the most used by hairdressers in beauty salons. The straightener, in addition to disciplining the hair, can also be used to recreate the hair beach effect waves to have wavy hair in minutes. Whether you have short, medium or long hats, beach waves can be created by following a few simple steps.

After having washed and dried the hair completely, simply divide it into locks or sections and twist each portion inside the plate as if we were to create a sort of spiral and proceed to pull the plate downwards. Beware of applying one volumizing spray or a heat protector before styling which must be followed by a light fixing spray to keep it longer.

There are some products on the market with which to take care of your hair and which allow you to create always different hairstyles. The sea ​​salt spray, for example, it gives volume to even the finest and smoothest hair, naturally defines texture and is a product widely used to recreate beach waves all year round.

Plus, it can be easily made at home by adding a glass of hot water and a teaspoon of salt to a spray bottle. Subsequently, proceed to shake the DIY lotion well and spray it all over the hair, from the roots to the lengths in order to moisten the hair.

You can dry them in the open air in the summer months or with a hairdryer and you will see your hair curl immediately. In fact, thanks to the action of the salt on the hair, the latter will take on a natural wavy effect with an instant effect. The result? A wavy hair as if it had just come out of the salty sea water.

For a homemade hairdo, the braiding they represent the ideal method that gives delicate and floating beach effect waves in the hair. How to proceed? Wash and dry your hair, taking care to leave it slightly damp. Next, divide them into strands and create braids starting from the roots up to the lengths. Let the hairstyle dry for a few hours in the open air, under the sun or with a hairdryer. Once dry, proceed to melt the hair and open the locks. The result? Immediate beach waves! 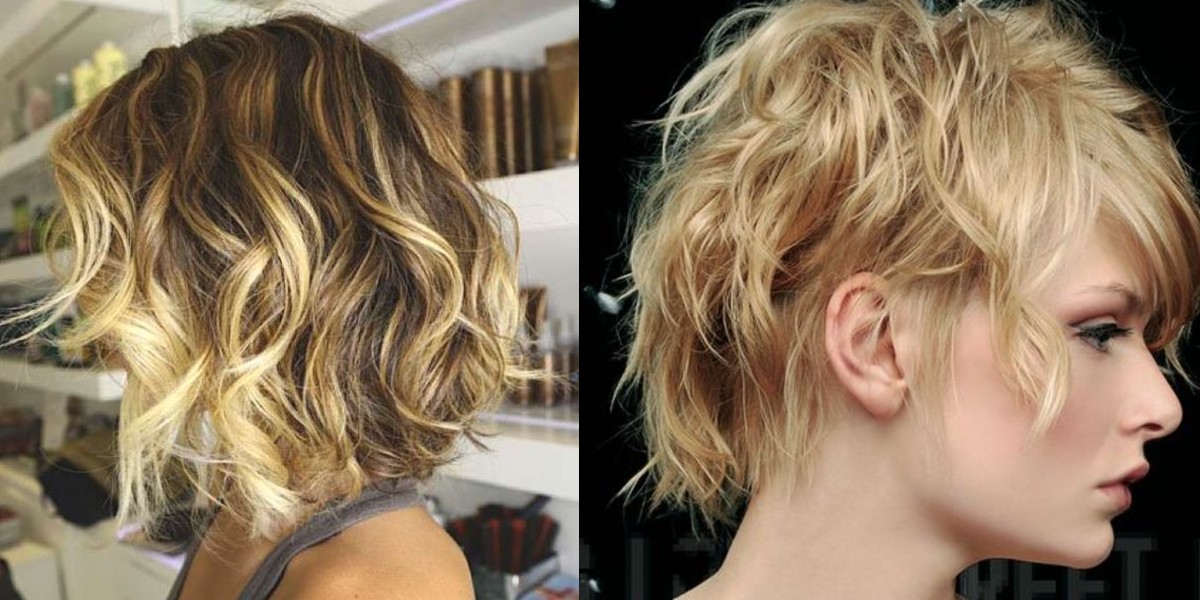 Beach waves and short hair represent the perfect combination to create a refined and saucy hairstyle with a wild effect to wear in any season, not just in summer.

Those who think that beach-effect waves are a privilege that only long hair can afford, is very wrong! Whether it’s a bob, pixie cut or bob and with fringe, beach waves are the touch of style that gives a wavy and voluminous texture to any type of hair.

Whether it is straight and fine hair or curly hair, opting for this variant of dismissed waves is always the best choice for a natural hair look with a beach effect for those who miss summer at any time of the year.

10 looks with beach waves to inspire you

From Hollywood celebrities to Instagram influencers, through rock stars and singers, there are many characters from the fashion system to be inspired by to have the most natural wavy hair ever.