Today it is a very strong trend and many women want to know their most donating color palette based on the principles of color blindness, but perhaps not everyone knows that it is a discipline that has seen its beginnings already in the early 1900s and its history is truly fascinating. Walk with us the main historical stages of this magical discipline to get to know the pioneers of this centenary method!

In Italy, the color scheme appeared for the first time at the end of the 90s but its real boom dates back to about 3 years ago. Many think that this discipline was born recently, instead its history is now over 100 years old, it sees the light in America and then expands to the rest of the world. Thanks to the phenomenon of Color Revolution in the 1920s, with its culmination in the transition of cinema from black and white to technicolor, knowledge in the field of color spread across the various sectors (starting from the artistic one), in which color became an effective tool sales: in the make-up industry, in fashion, in the production of mass consumer items. But it is thanks to the phenomenon of cinema in Hollywood that the interest in color in make-up, hair-styling and stage clothes of the stars reaches its peak, increasing a greater awareness in the study of skin tones and how to enhance them in the more correct and effective way thanks to the use of seasonal color palettes. In short, the color scheme has an explanation and scientific basis that have solidified over time thanks to many illustrious figures in fashion and art. Here are the highlights of this fascinating technique that makes people more beautiful thanks to the use of color alone!

Max Factor: the first make-up artist and the concept of “color harmony“

Los Angeles, early 1900s, Max Factor, coined the word make-up and experimented with cosmetic products for the cinema, to make them look good on video, including a flexible greasepaint (lighter and more malleable than that used in the theater) to make the complexions of the divas perfect. His “pan cake”, conceived in the 1930s specifically for the advent of technicolor cinema, is in fact the precursor of the current foundation.

It was he who in 1918 introduced the concept of “color harmony” according to which the colors applied to the face had to be harmonious with the complexion and the color of the eyes and hair of the person to make it shine, he claimed that “glamor is not born, glamor is made”!

We are at the beginning of the 20th century and in painting we begin to talk about the dimensions of color with the system of Albert Henry Munsell: hue, value and chroma, the three elements that are also taken into consideration in the current method of analyzing the color of the person. Following Johannes Itten, Swiss artist e Robert Dorr, New York artist: the first introduced the concept of subjective color as a person’s aura, and the second conceived the Color Key System 1 and 2, that is a system that divided the complexions between warm (yellow based) and cold (blue based) starting from the undertone of the skin.

The concept of color harmony then began to depopulate in women’s magazines of the 20s, 30s and 40s: the chromatic advice on the colors of eye shadows and ideal lipsticks based on their chromatic characteristics were widely present. Also Helena Rubinstein ed Elizabeth Arden, the pioneers of skincare and makeup for mass consumption, on the wave of Max Factor, showed in their advertising posters the best combinations between the shades of lipsticks and colors of women’s skin, eyes and hair: we are in full swing of the 40s.

Thanks to the influence of Max Factor with her color harmony, another key figure in the diffusion of color harmony became known in the 1930s: the famous Californian costume designer Edith Head, the one who dressed and created palettes for the most fascinating Hollywood divas. 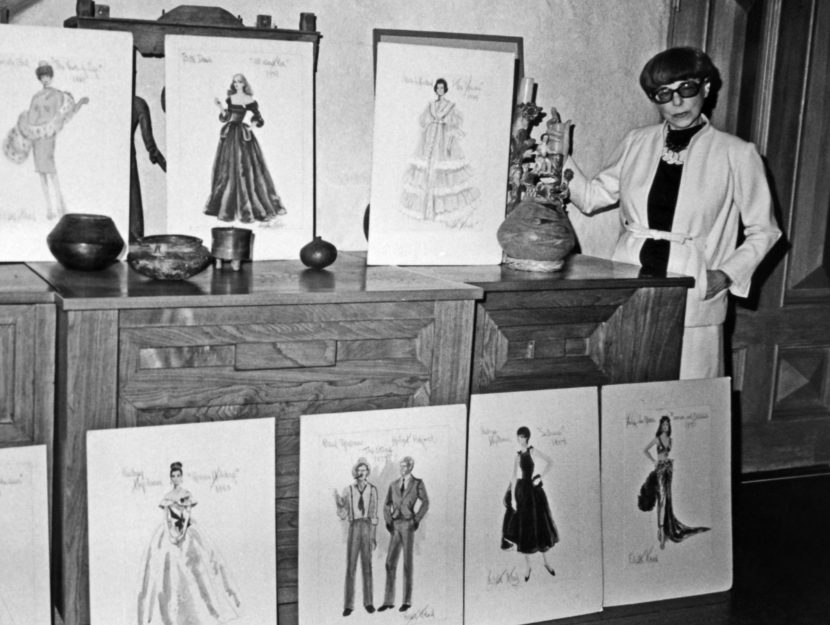 He called them “color aura charts“And can be found in his book”Dress for success”(1967) in the chapter entitled“ How to use color successfully ”: 34 different palettes made up of 4 ideal colors based on the different mix of skin, eye and hair colors of the actresses. Head stated that “color is probably more important than any other element in dressing to be successful. It should be used as a precision tool to create a pleasing image ”.

Pastel shades of gorgeous looks have gone down in history Grace Kelly (belonging to the summer chromatic season) in the 1955 film “Caccia al ladro”: a masterful compendium of color harmony from clothes to settings.

There are many other films in which Head’s mastery of creating clothes that donate not only on the basis of the silhouette but also on the basis of the chromatic type is evident: one of these is the wonderful “Breakfast at Tiffany’s“of 1961, in which Audrey Hepburn she wears cold and lively colors, in addition to the timeless combination of black and white, giving those who belong, like her, to the winter chromatic season. 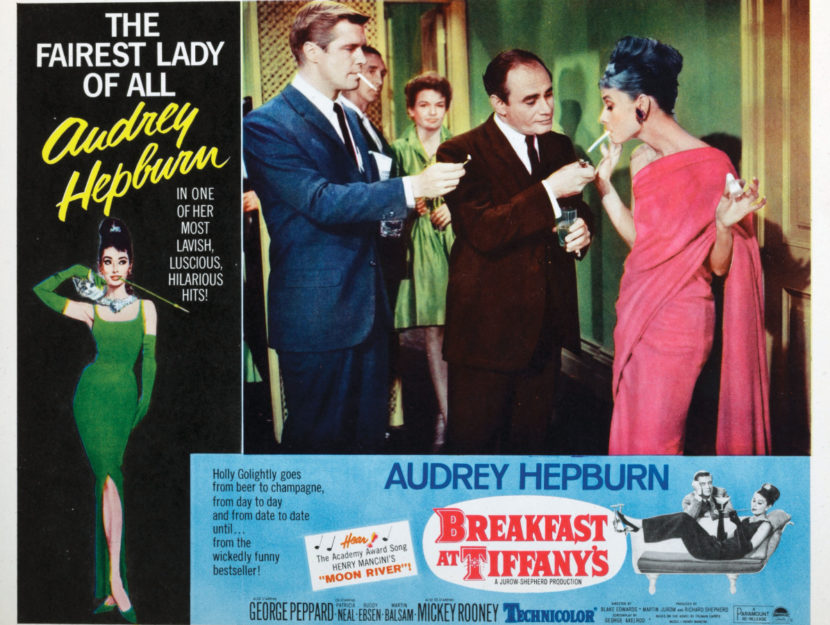 In the movie Breakfast at Tiffany’s, Audrey Hepburn dressed as Edith Head wears an intense pink one-shoulder dress, perfect for her complexion and her intensity as a winter woman.

Let’s stay in California, the cradle of color analysis and color analysis, the method to discover one’s ideal palette, and we find three professionals who contributed greatly to the development of the technique.
Chronologically the first is Suzanne Caygill, milliner and stylist, who since the 1940s devoted himself completely to the study of color applied to the person. It was after 40 years of study, in the 1980s that he wrote the book “Color: the essence of you”And founded the first academy of color in which he applied his method based on the 4 seasons in which he integrates for each four sub-categories that depend on personality.

Following and at the same time, we are always in the 80s, Bernice Kentner, cosmetologist, who with her book “Color me a season”Of 1978 drew attention to the importance of the skin undertone as a primary element for decreeing the palette and color of eyes and hair in the background.

Finally, the one who introduced the seasonal system to the general American public: the color consultant Carol Jackson with his book “Color me beautiful”In 1980, based on the 4 seasons, a great publishing success that still sells today and that in 1986 was also published in Italy with the title“ The colors of beauty ”(now out of print and no longer available).

The first entirely Italian book in which we speak of Armocromia was “You are the most beautiful: illustrated guide to the secrets of feminine charm“published by Mondadori in 1998 and written by Maria Grazia Longhi and Grazia Barcelli. From the end of the 90s this method began to be known and spread also in Italy, albeit slowly, and then had a boom for 3 years to this part.